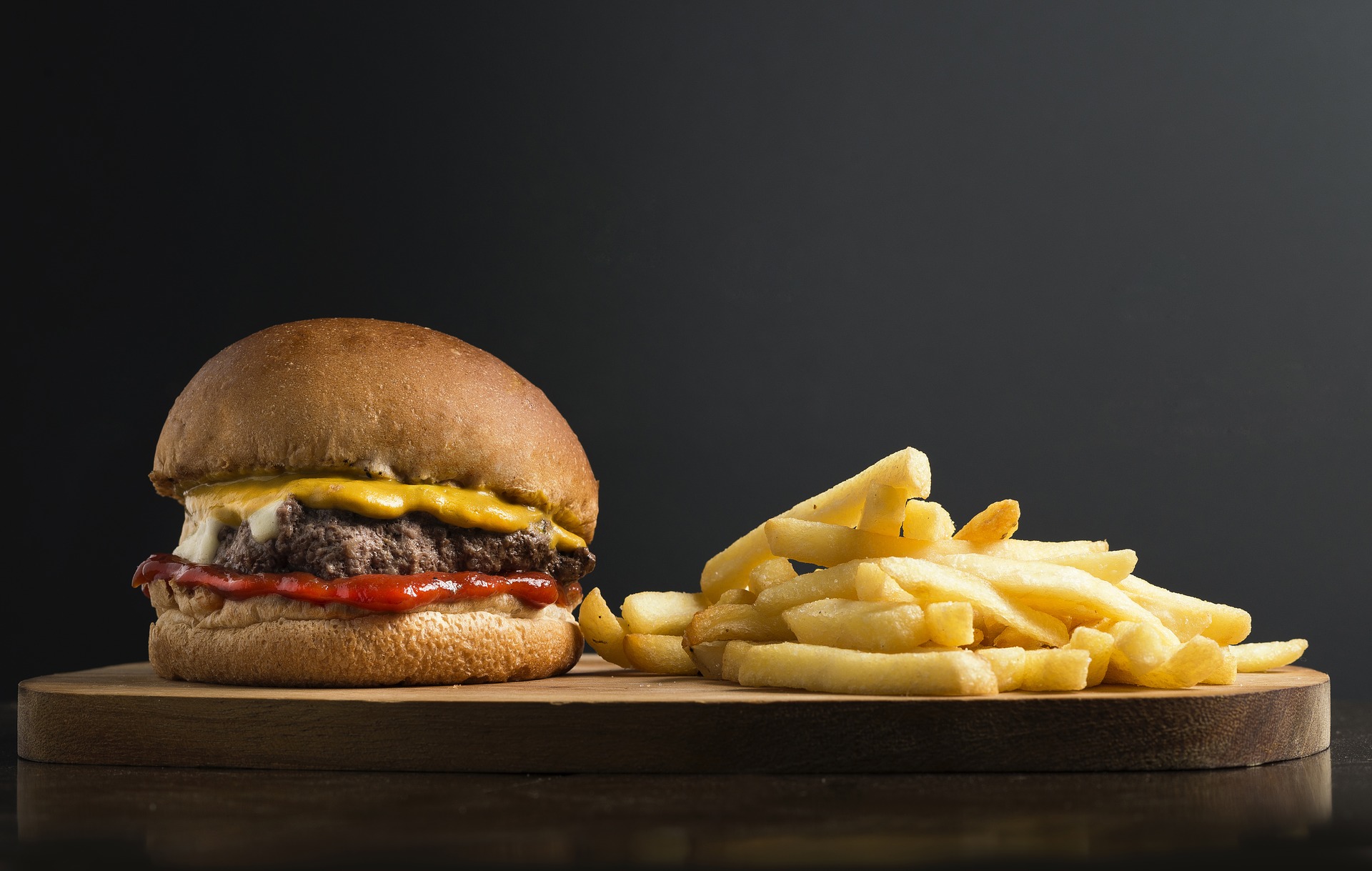 Not long ago there was something that pretty much everyone in Western culture did. It seemed normal, even advantageous and while not strictly considered healthy, most people didn’t think too long and hard about this thing and any consequences of doing it. It was like breathing, brushing your teeth or (to use a more modern example) using a computer or a phone. It wasn’t that we didn’t know of people who didn’t do this thing, it’s just that these people were somehow different, not mainstream. In addition to all this, it felt good to do it.

You might have guessed I’m referring to smoking but think twice about these activities and notice how it also applies to eating meat. Specifically, red meat and even more specifically, hamburgers. Especially in a proper backyard barbecue, it seems silly to imagine anything else sizzling away on the grill. Nothing else seems to compliment french fries and a cold drink quite so well.

But how much of this is what we choose and how much is autopilot? Do we really understand the consequences of our actions or are we just doing what we’ve always done? And how else is smoking tobacco, which most of us now consider unhealthy and rebellious, related to eating a burger or not?

Just as smoking cigarettes once was, eating hamburgers is something we all consider normal and even fun. But it represents a choice that I don’t think enough people are aware they’re making.

An explosion of new research and connections between data from across the globe in recent decades has helped us understand the consequences of actions like smoking cigarettes or having a barbecue more completely. And as it turns out, what you put on your plate can have profound global consequences for you and the rest of us.

So it’s not that burgers aren’t delicious, they are and that’s not going to change. It’s that knowing what we know  about the link between land and water use for cows and its effects on climate change (deforestation, carbon emissions and fresh water use and contamination), health outcomes (which we won’t focus on here but there’s plenty to read up on there as well), and animal rights (again, not our area but a meaty subject all on its own), has forced us to view hamburgers at cookouts as a much more complex choice than whether or not it satisfies hunger cravings.

For example, if you knew that having burgers on the BBQ used enough energy and water that it directly influenced climate change, displacing and harming thousands of Pacific Islanders because of rising sea levels, flooding and more extreme weather events, would you still want burgers or would you think about cooking something else?

While buying beef for human consumption is directly linked to the kind of rapid deforestation and expansion responsible for climate change, many are unclear about this connection. It doesn’t seem like a moral issue to buy ground beef or lamb for a lunch or dinner, unless you’re eating vegetarian. When you begin to connect the dots though, and you know you can actively prevent harm to other people and animals by choosing different foods, it seems less consistent with your values to go with the classic hamburger option.

The thing is, although giving up burgers at BBQs would slow climate change dramatically we don’t even need to. You can literally have your burger and eat it too.

“There are so many complementary flavours, tastes, smells, textures in a burger that the actual meat patty portion of most of our fast food or loaded burgers are actually the perfect candidates for swapping the meat for something climate-friendly” explains Patrick Merrithew, chef graduate from le Cordon Bleu culinary institute in Paris. “Sure, in those classic American burgers of white bread, processed cheese, and grilled ground beef, you could probably taste the beef. But those simple burgers are long-gone (and mostly nostalgic anyways, not delicious, if you’re being fair). You don’t really taste the meat amongst the other flavours in a modern burger; you could use anything that tasted smoky, savoury, with a nice umami-protein feel. That could be another meat, a mushroom, a mix of beans, tofu, seitan or anything else!”

“I’ve brought friends to this vegan diner in Toronto called ‘Doomie’s’. The menu doesn’t say ‘un-chicken’ or ‘meat-less’, it just lists options that people are familiar with like ‘classic burger’ or (secretly, but you know to ask) the ‘mac daddy’. This is a vegan big-mac so good and so close to the real thing that, especially after a few drinks, you wouldn’t know it’s totally vegan, not even veggo.”

Never-mind the fact that your burger can taste just as rich and not hang around in your stomach all day. Digesting meat with such a long digestive system as ours takes time and energy, contributing to that post-burger food coma most of us know. And without the burger in your stomach, on your mind or in your conscience afterwards you might feel better in some unexpected ways.

This should all be food for thought. We want to freely choose what we do and certainly what we eat. But my argument is that consumers haven’t been able to freely choose for some time now. In full knowledge of the consequences, or even with some awareness that there is a more complicated ecosystem behind that burger than just what would taste good straight off the grill (and it would), I think more people would stop and think next time they’re party-planning.

Ask yourself this next time you might buy or make a burger: “now that I know the real cost of this BBQ, will this still taste as good?”