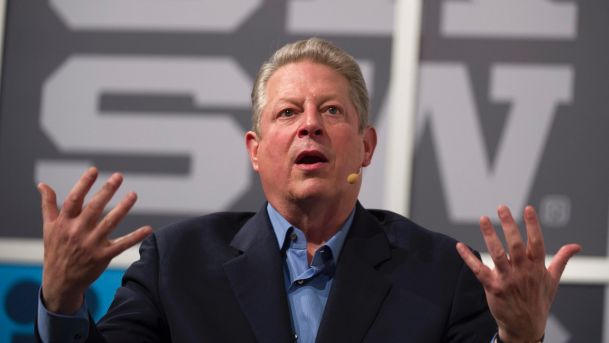 Have you watched Al Gore’s new climate change documentary An Inconvenient Sequel: Truth to Power? It is a powerful documentary showing the importance of climate science and the urgency to act on climate. Many climate change predictions over the last ten years (seen as exaggerations by either the media, sceptics or the public) have become reality. Sea level rise, extreme weather events, increased rates at which diseases spread and other consequences of climate change are portrayed in the documentary intensely and explicitly.

Often we feel powerless and hopeless when it comes to the climate crisis. In this documentary Gore gives a strong message for the public to act together on a worldwide shift to clean energy despite some of our world leaders still denying climate change realities and lacking the initiative to act. His optimism made the documentary enjoyable to watch, especially after revealing the progress we’ve made on solar and wind energy.

Gore’s campaign #BeInconvenient invites everyone to encourage their business, school, community or home to 100% renewable energy. This is a great initiative to solve the climate issue. However, it is regrettable that the leading cause of climate change – animal agriculture – was not mentioned in this documentary. Despite having been vegan for 5 years himself, Al Gore did not point to dietary change as one of the significant solutions for our climate crisis. We all realise that switching to a complete plant-based diet may not be for everyone and changing eating habits is a sensitive topic. However, the environmental impact of beef and lamb production should have been addressed since without doing so there is no way we can deal with the climate crisis. /emissions/ Reducing meat consumption, without cutting it completely, would result in a considerable decline in agricultural greenhouse gas emissions and help reduce the costs of staying within our 2ºC climate target.

We hope Al Gore will address the environmental impact of animal agriculture in the near future and the urgency to reduce beef and lamb consumption. This is one of the easiest climate actions an individual can do. With a Climatarian diet, we can fight climate change one meal at a time!